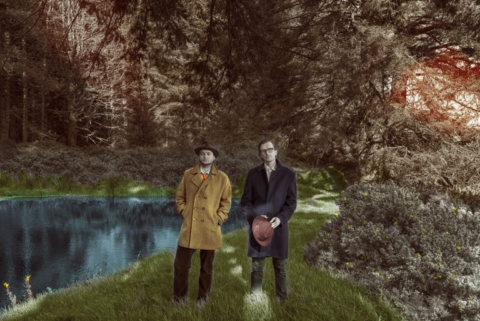 Ireland’s premier acoustic duo, The Lost Brothers return to Waterford as part of their new album, Halfway Towards A Healing, world tour.

Formed 10 years ago, the duo of Mark McCausland and Oisìn Leech have recorded 5 albums to date and toured and played with the likes of Richard Hawley, Glen Hansard, Steve Wickham and Mike Scott. So it is with The Lost Brothers’ fifth album, Halfway Towards A Healing. Recorded in Tucson, Arizona, at the perfectly titled Dust and Stone Studios (operated and owned by producer Gabriel Sullivan and overseen by Giant Sand linchpin, Howe Gelb), the album is another step on the right road.

“With emotionally wrenching and confessional songwriting they have the remarkable ability of making a large room feel very intimate indeed. With a masterful blend of careful songwriting and tuneful harmonies the Lost Brothers make a lasting impact.”

Echoes In The Wind – The Lost Brothers

Echoes In The Wind from the album Halfway Towards A Healing, released 26 January 2018. Pre-order now on Vinyl or CD at www.thelostbrothers.bigcartel.com digital pre-order from bandcamp, itunes, amazon etc Mark Mckowski